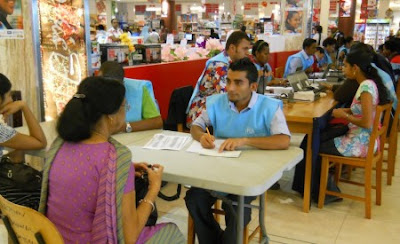 The leaders of SODELPA, National Federation Party and the Peoples Democratic Party wrote to Mr. Suresh Chandra, the Chairman of the Electoral Commission last week, calling on the Electoral Commission to ensure that the FEO voter registration offshore makes every effort to register every eligible Fiji citizen, to vote in the next general elections scheduled for 2018. 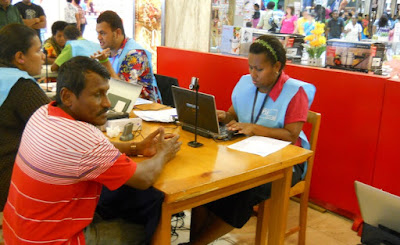 Rabuka said that the leaders joined their voice to the cry of citizens residing overseas, who had complained that unlike 2014, the FEO voter registration teams were not visiting their State or Cities, in particular those living in the U.S.A, Australia and New Zealand. Complaints had also been received from Fiji citizens living in various Pacific Island Countries like for example: PNG, Solomons, Vanuatu, Nauru and the Cook Islands.


“We expressed our concern to the Electoral Commission that the FEO overseas voter registration schedule was only announced Sept 15, 2017, leaving little time for preparation by citizens overseas, in particular if they do not live near the locations planned for registration.”

“We are also concerned that no program has so far been announced for the Pacific Islands like Papua New Guinea, Nauru, Cook Islands, Solomons, Vanuatu and other island states where Fiji citizens reside.”

“Given that citizens are making the effort to go and register to vote, we seek clarification from the FEO on the procedures that will be put in place to ensure no repeat of the 2014 postal ballot fiasco re-occurs, where overseas voters received the ballot after the FEO announced the results of the general election.”

“The current itinerary of the voter registration team is missing cities with significant Fiji citizen populations like Brisbane, Melbourne, Griffith, Perth (Australia) Christchurch (NZ) Los Angeles, San Jose, Seattle, Sacramento and Pennsylvania (USA) to name a few.”
“The right to vote is a fundamental human right enshrined in the Universal Declaration of Human Rights, the International Covenant on Civil and Political Rights and is so recognised in the 1997 and 2013 Constitution as well. The 2013 Constitution grants citizens the right to free, fair and regular elections and it is the constitutional responsibility of the Electoral Commission to deliver that right fully to all Fiji citizens.” 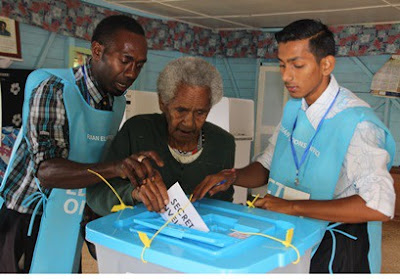 “We therefore call on the Electoral Commission to instruct the Supervisor of Elections to ensure that cities and towns where Fiji citizens reside, are visited. It is not enough to send what looks like only one or two teams. Many Fiji citizens residing overseas were left out in 2014 and it looks like more will be left out again for the 2018 elections.”
“We are receiving complaints from Fiji citizens overseas that they will have to travel to another state, or another city to get a chance to register or update their address details.”

“The promise of the right to vote in the Constitution is denied when the Commission does not ensure the FEO makes a full effort to allow citizens the opportunity to register. Consideration must also be given by the Commission to explore options for a secure means of online registration, or to enable citizens residing overseas to register at our consulates and embassies.”

“The matter of whether our many consulates and embassies cannot carry out the routine task of voter registration, must be explored, as other countries delegate this routine task to their embassies. Our embassies and high commissions can issue temporary passports after making necessary checks and reviewing other identification documents, so it is unclear why they cannot register voters. This is a reform priority that the Commission could have made recommendations to the government about, in the last three years since the 2014 general elections, to amend the relevant provisions of the Electronic Voter Registration Decree 2012.”
“We note that in Australia, the cities of Brisbane, Melbourne, Griffith, Adelaide, Canberra and Perth are left out of the FEO voter registration program. In fact the team is only visiting one State:  New South Wales, leaving out the other states: South Australia, West Australia, Northern Territory, Queensland and Tasmania as well as the Australian Capital Territory.”
“In New Zealand, the FEO team is missing Christchurch and other centers with significant Fiji citizen residents. In the USA, only San Francisco and Washington DC are being visited by the registration team, leaving out the many Fijians in Sacramento, Seattle, Santa Rosa, Los Angeles, Utah and Florida. Those not living in DC or San Francisco would have to fly or drive many miles and hours interstate to go and register. It is unclear why only two venues have been planned for voter registration given the geographical spread of the U.S.A.”

“Our citizens in Sacramento have to drive 2 hours to San Francisco to the Fiji Day function organized by a private body which is charging an entry fee. There are some who are attending other Fiji Day celebrations and only wish to register or update their details, yet they are being forced to pay an entry fee to register to vote. Fiji Citizens in Los Angeles will have to drive 6 hours to San Francisco to register to vote, and those in Seattle will have drive for 12 hours.”

“The process appears unnecessarily difficult and stressful for those who do not live in San Francisco or Washington DC who wish to register or update their addresses.”

“We also recommend that the Elections Office consider carrying out voter registration at the church services following the Fiji Day celebrations in the upcoming two week period, as happened in 2014, as many citizens will attend the church services following Fiji Day. We would be pleased to recommend specific venues to the FEO to maximise the opportunity to register for our people living offshore.”
“Overseas citizens who contribute much back to Fiji in remittances wish to exercise their right to vote and the process must be convenient and not unnecessarily difficult or stressful to enable them to exercise this fundamental human right to elect the government of their choosing.”

Previous statements on the elections